He’s different—always has been. The type of guy who goes against the grain most of the time but can fall victim to peer pressure. My son, Christian, has had to work harder than the pack at everything from football to Algebra. For what he’s lacked in book smarts, he’s made up for in courage and earthy ingenuity. He’d survive in the wilderness, and if need be, step up to lead others out; but instead of Moses, he reminds me of David in the Bible, and a bit of wild-spirited Tristan in the movie Legends of the Fall. He’d want to kill the bear, but out of respect for such a beautiful beast would be reluctant to pull the trigger. Being his momma, I’ve prayed many late nights on the porch of our farmhouse against the howling coyotes, knowing Christian’s trekking through the woods in search of wild boar.

Upon our return from the trip of a lifetime—Israel—he sat across from me with sad eyes.

I thought about Christian often on our trip. At Caesarea Philippi, often referred to as the Gates of Hell, I’d ventured away from the group and found a stone stairway that led to an ancient tiled floor. From my elevated position, I could see out over the ruins of the Temple of Pan and the rivers below. I contemplated what went on in that dark place.

I couldn’t help but think about my own children standing in that place. Am I any different? Do I toss them into the caves of culture whether it’s good for them or not, requiring them to paddle the choppy waters of finding themselves, simply because that’s the “way” to success? The way everyone else is doing it? When we sent Christian to college, I told him, “Just give it a year. Who knows you may end up liking it.” (In other words, sink or swim.) While he reiterated his doubt.

But Christian’s always known who he is. And he’s left me a trail of river rocks to find him. All the times we went walking around the neighborhood and I glanced behind to find my toddler way back, squatting. He’d stopped to look at the pretty colors of a bug or try to snatch a lizard.

The many times he dug into my potted plants looking for the root system.

Or the time I picked him up at preschool during petting farm day and found him sitting in a chair cuddling a hen.

“He’s been holding the animals all day. He could care less about the bounce house,” his teacher said. “Christian’s going to be a farmer. He’s so good with animals.”

I took Christian boot shopping when he was a chunky pre-teen. I picked out the cool Under Armor hiking boots for him, while his eyes lit up over the Red Head camouflage ones. When he slid his foot into them his chin raised a notch as if he’d been crowned by God to rule a nation, but to me they looked like bushes sprouting on his feet. I scrunched my nose and voiced they were a bit red-necky in my opinion.

“This is who I am Momma.” He pointed to his feet. “I’m not a hip guy. God made me to hunt and fish. You’re just going to have to accept that about me.”

Now it’s hard to picture Christian without his camouflage. My now 19-year-old stared at his hands, and I can tell by his deep voice he doesn’t want to disappoint me when he says, “I’m not going to get a degree Momma.”

I should have seen it coming. I’m a slow learner.

In Caesarea Philippi, Jesus brought the disciples to that dark place, a place of pagan worship, infant sacrifice, and temple prostitution. It was there he asked Peter “But who do you say that I am?”

Peter responded. “You are the Christ, the Son of the living God.”

(Christ responded) “Blessed are you, Simon Bar-Jonah! For flesh and blood has not revealed this to you, but my Father who is in heaven. And I tell you, you are Peter, and on this rock I will build my church, and the gates of hell shall not prevail against it. I will give you the keys of the kingdom of heaven, and whatever you bind on earth shall be bound in heaven, and whatever you loose on earth shall be loosed in heaven.” Matthew 6: 15-19 (English Standard Version)

It was there right by the Gate of Hell; Jesus announced His intentions. He would do a new thing. The old ways of laboring for salvation would fail so He could become the perfect sacrifice.

Late Saturday night, Christian announced he would do a new thing. He wouldn’t take the wide, worn path to his future. He tried college and failed.

He lifted his head and met my eyes. “Momma, I want to be a farmer. I want to work the land. I like the outdoors.” 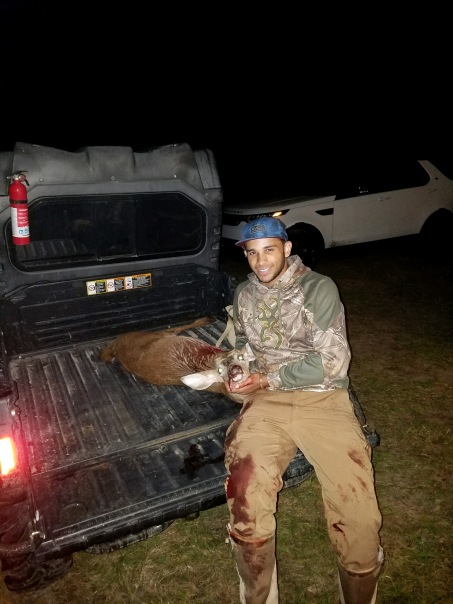 “You can’t go work on the farm without getting an education in farming,” I said. “You need to earn your way and bring something of value to the farm.”

“I’m going to apply for apprenticeship at an organic, sustainable farm. There are farms all over the country that teach it. I’ll get educated on an actual farm not in a classroom.”

Besides, who am I to fight it.

Welcome to the Hallelujah House! I’m so happy you knocked on my door. I’m preparing a pot of chicken soup for the kids. My daughter loves my chicken soup. I feel my life is full of preparing, whether I’m preparing my heart for worship, my home for holidays, or my kids for the world. God calls us to being equipped.

I’ve been thinking about the parable of the Ten Virgins lately. Five of them felt no anxiety when meeting the bridegroom because their lamps had oil, while the other five had to run to market to buy it. In the meantime, the bridegroom arrived, and the doors closed on them. They missed the big event. Nothing’s worse than a closed door, but you won’t find that here.

At Hallelujah House my mission is to focus on four areas of preparation the heart, health, home, and harvest of your life. Some blogs will be practical in nature, some fun, and others will give you something to ponder. I’m hoping all of them will raise a hallelujah to our Abba Father.

If you haven’t already I’d love it if you’d subscribe to this blog. It’s as easy as hitting the button in the sidebar and typing in your email address. Look out for the confirmation in your inbox. I do love those comments. It can get lonely out here.

Well, come on in. Slip those shoes off on the porch—this is a farm you know. I just brewed a pot of coffee. Why don’t you have a cup? Oh don’t mind Franklin. Yes, he’s huge, but gentle as a lamb except when it comes to coyotes. Just push him out of your way.